Have you ever noticed how an error in your Shiny app looks very different when it happens locally (in RStudio on your laptop) compared to when it happens in production (in shinyapps.io or Shiny Server or Connect)? Locally, when a Shiny app breaks, you just get a grey screen. But when a deployed app breaks, you also get a little strip that says “Disconnected from server. Reload.”

Well, at least you didn’t until now. The new {shinydisconnect} package solves exactly these two issues, by allowing you to show a customized (and pretty!) message when a Shiny app disconnects or errors, regardless of where the app is running.

You can visit the GitHub page or check out a demo online:

Check out a demo

When I created CRANalerts a few years ago, I wanted to make it look beautiful and not at all like a Shiny app. After investing a lot of time on making it look great, there was still one last thing I wasn’t happy about: that dreadful “Disconnected from server” message. It didn’t show up when I was developing the app locally, and it wasn’t really part of the shiny app - it’s actually the shiny server that creates it. It was just so ugly and not user-friendly.

I searched the internet for a solution, and there was none. There were other people asking for solutions, but none offered. I couldn’t just let it go, and after many anxious hours of thinking I may have to settle for something I don’t like, I eventually found a way to customize it. Behold the customized Shiny error message! 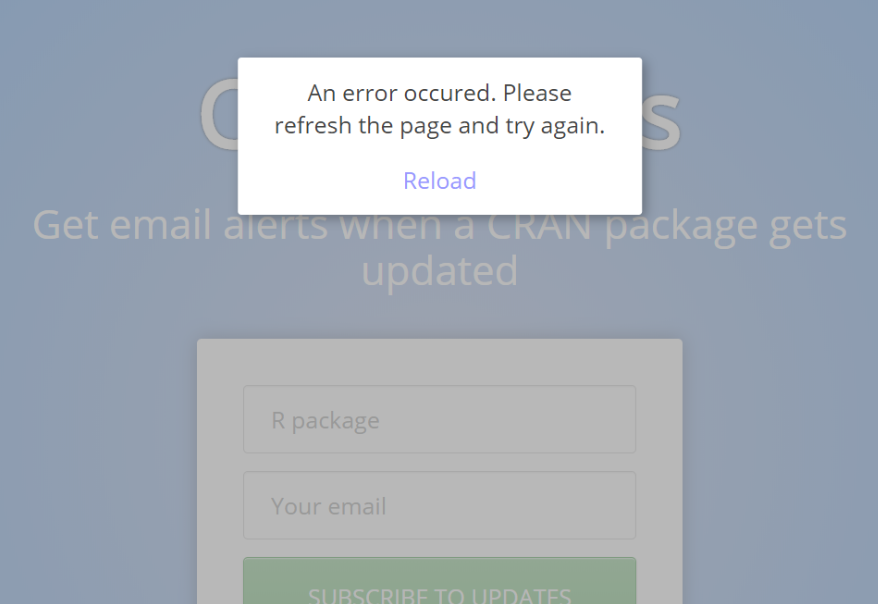 Ever since then I’ve used this trick in every shiny app I wrote. And a couple months ago I finally took the time to make a proper package out of it so that everybody could benefit from it.

A Shiny app can disconnect for a variety of reasons: an unrecoverable error occurred in the app, the server went down, the user lost internet connection, or any other reason that might cause the shiny app to lose connection to its server.

{shinydisconnect} allows you to add a nice message to the user when the app disconnects. The message works both locally (running Shiny apps within RStudio) and on Shiny servers (such as shinyapps.io, RStudio Connect, Shiny Server Open Source, Shiny Server Pro). See the demo Shiny app online for examples.

For interactive examples and to see all the features, check out the demo app. 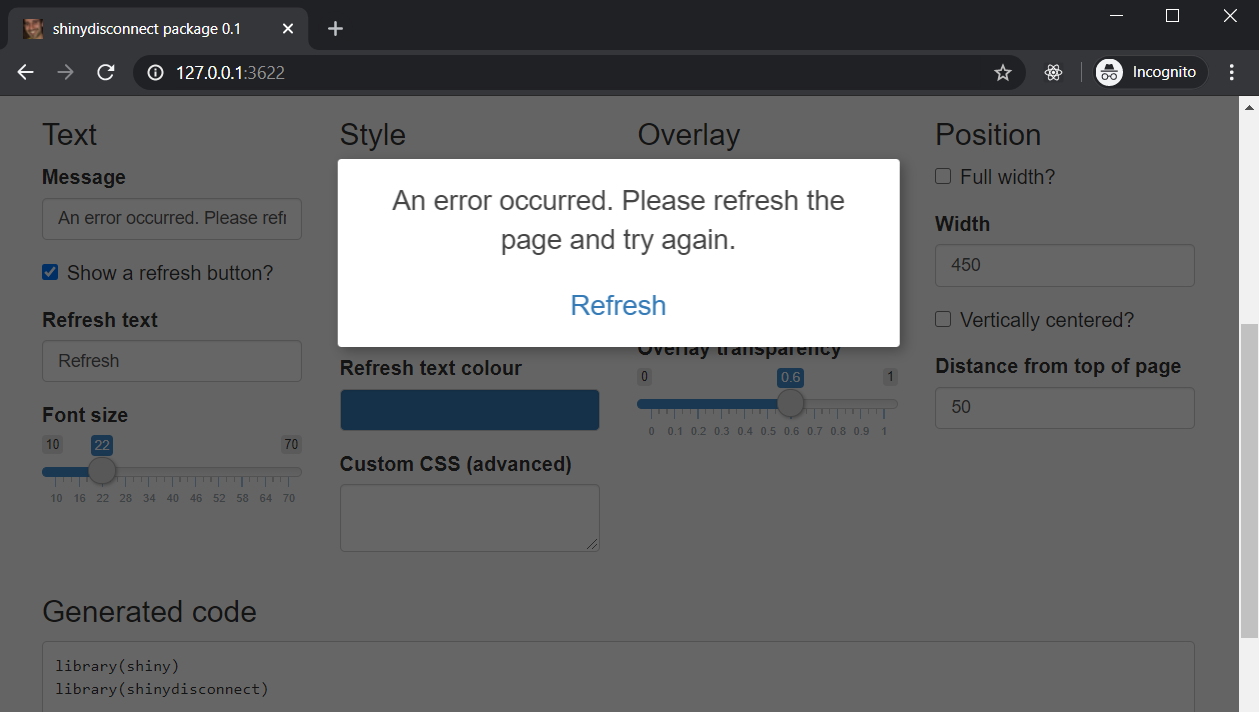 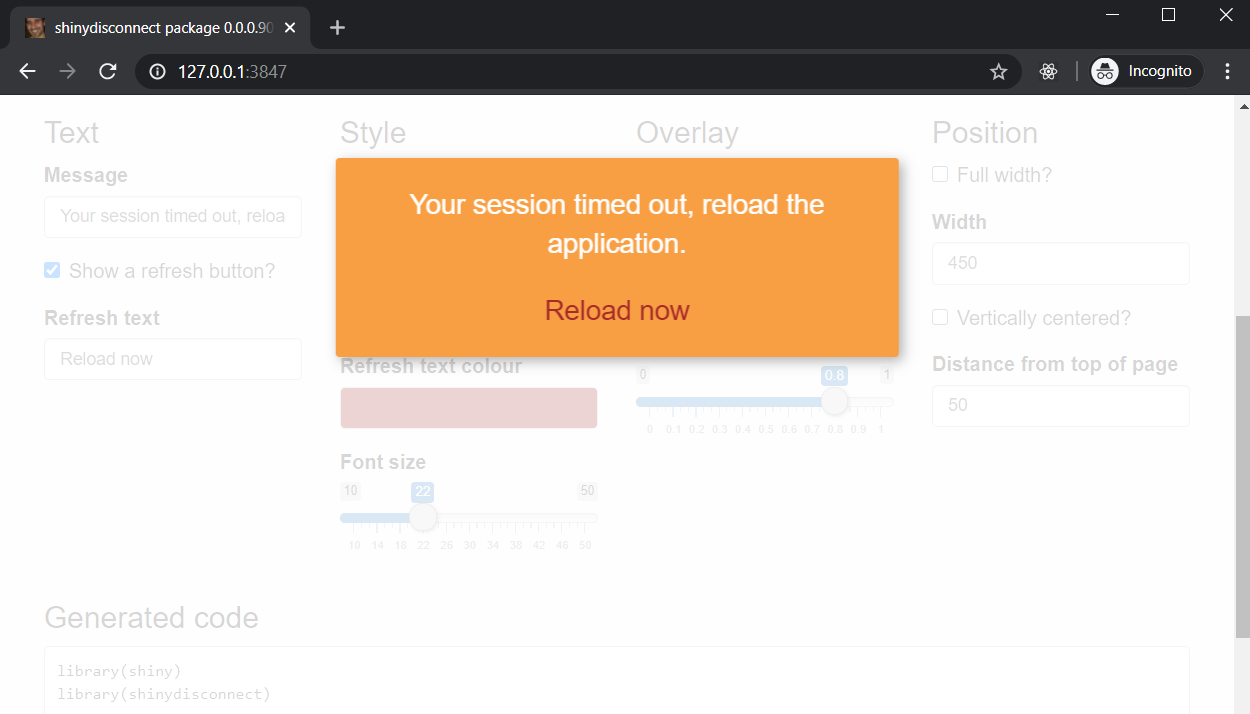 You can also use disconnectMessage2() to get a similar message box to this one. 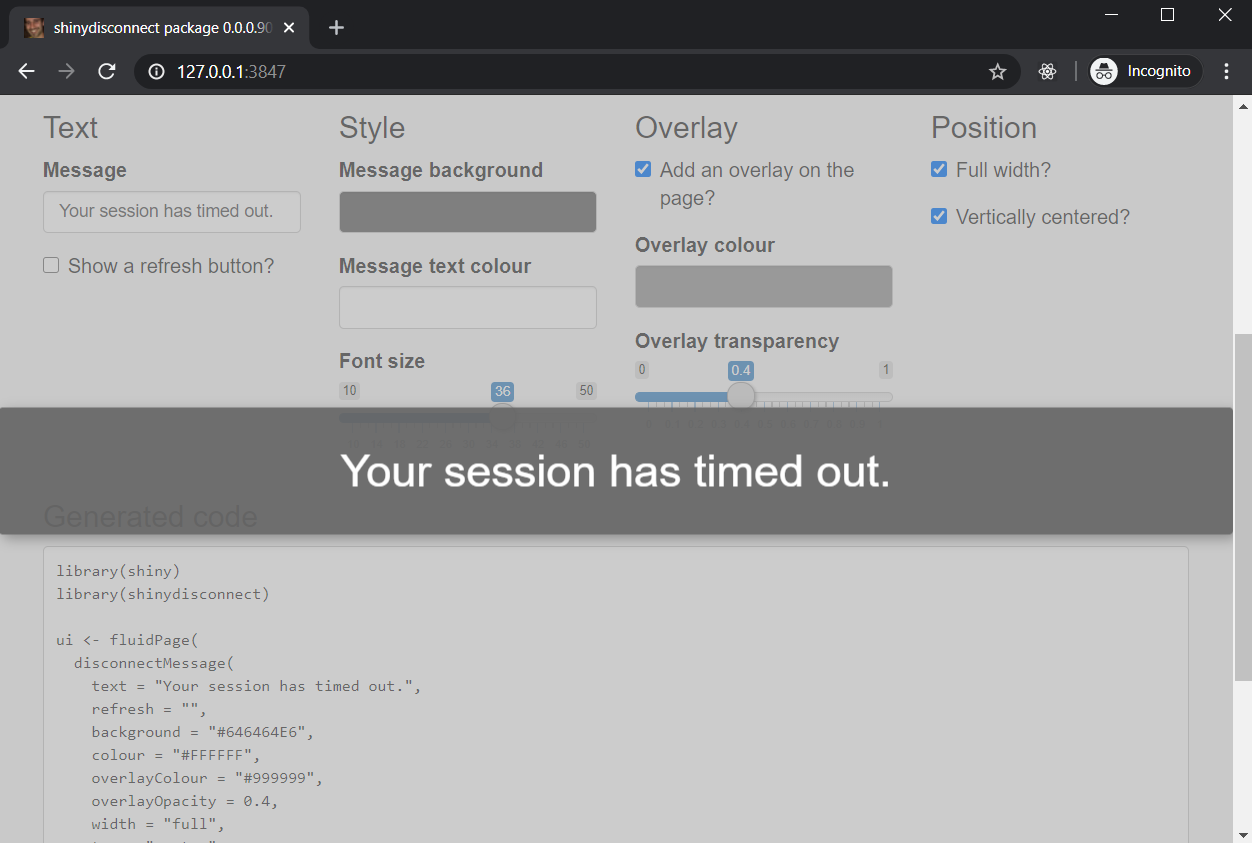 This can be achieved by setting the opacity to 1 (fully opaque). 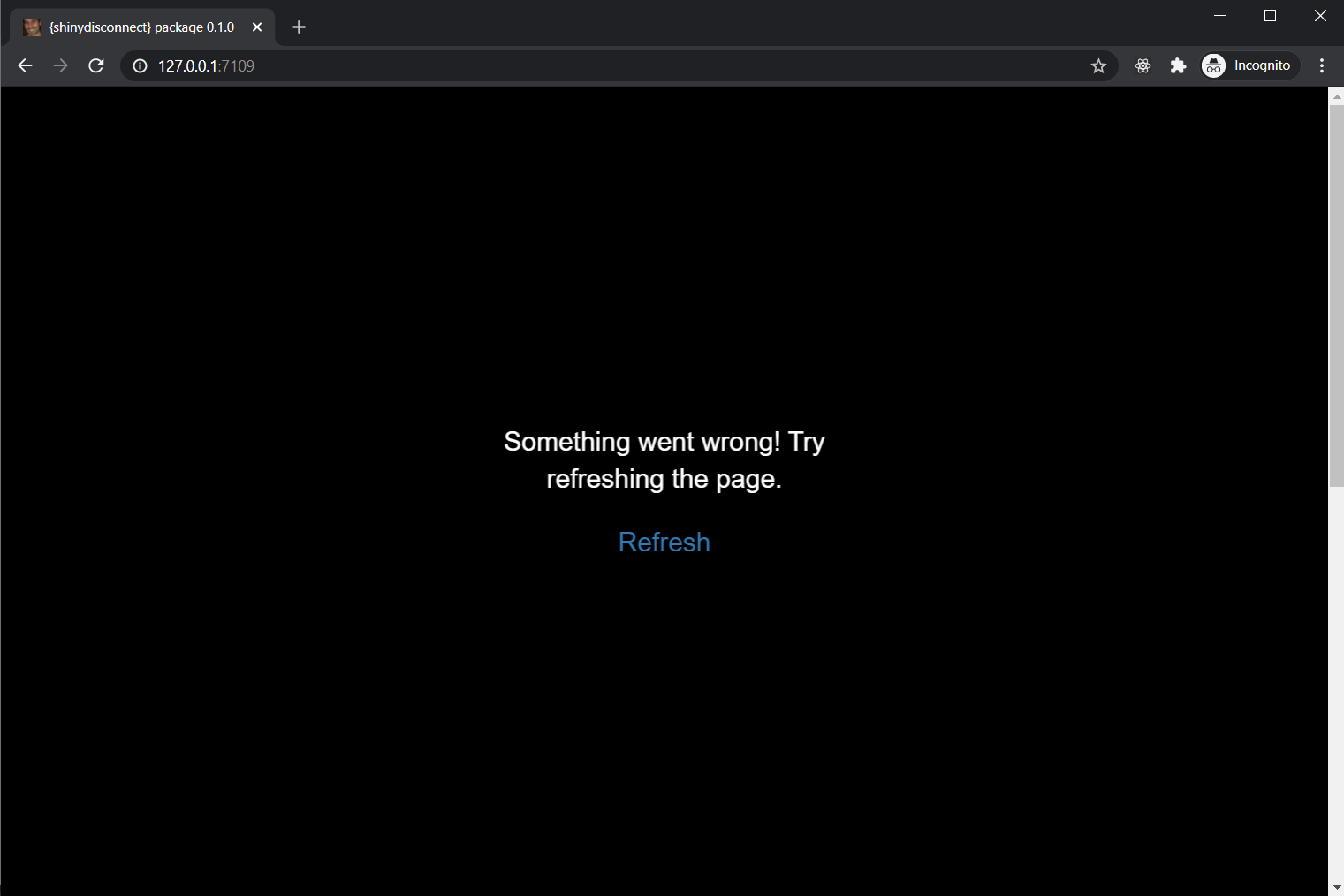 Note that it’s not possible to distinguish between errors and timeouts - they will both show the same message.

Without using this package, a shiny app that disconnects will either just show a greyed out screen if running locally (with no message), or will show a small message in the bottom-left corner that you cannot modify when running in a server.